It's hard to think that once upon a time, writing letters was the only way in which you could connect with others who were far from you, letters were the connection between friends, families, and lovers. With the passing of time and the development of technology, letters started to become less of a communication method, now email took care of that, and more of a special way of communicating.

Because writing and receiving letters became so uncommon, when someone receives a letter they appreciate it much, much more than an email.

Have you ever received a letter? 10 years ago I received a letter from a very good friend, and now I notice how much that changed my life. Would you believe me if I told you that I still have that letter, and the small gift that came with it? An email would have been nice to receive, but a receiving a letter changed my life. It made me feel loved, and the fact that this person had taken the time to write and send that letter was priceless to me.

We want to encourage you to write a letter today, and to make someone smile with the surprise, and don't worry! We know it might be a bit complicated to get started, all the texting and abbreviations won't come in handy now, so take a second and check out the following list with tips on how to write a letter, "the old fashion way"! 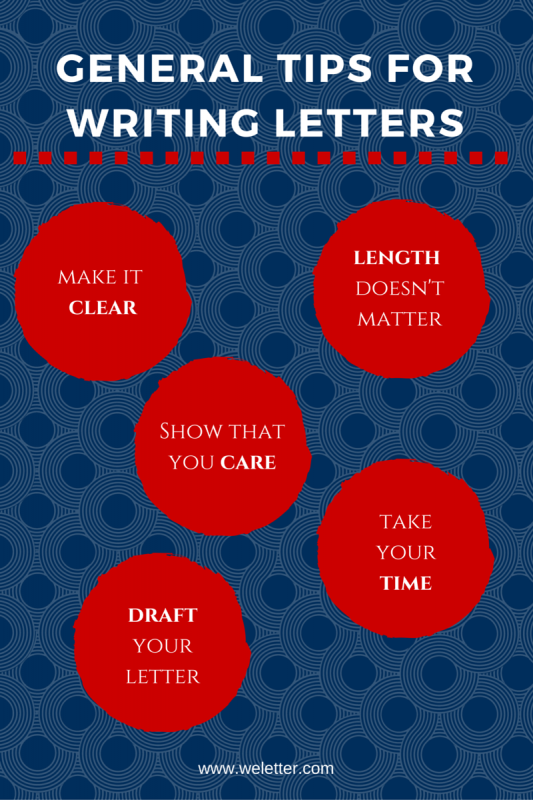 1. Do your best to make it clear. Whatever it is that you're communicating, be clear. (Know the purpose of your letter, to re-connect with someone, to ask for a favor, to offer something, to say sorry, to say thank you, etc.)

2. Length doesn't matter. As long as you don't keep repeating yourself just to make your letter seem longer. Be concise, even if your letter ends up being 4-pages long, if that's concise, then that's it. Maybe you just had a lot to say! :)

3. Be personal and show that you care. You already have the intention to write this letter to someone, so it doesn't matter who you're writing to, just do it with care. Show that you care about this person and don't be afraid of sounding off. Caring for someone is never a bad thing!

4. Draft your letter. This is probably the best piece of advice you can get. Perfection takes practice, and although this is a very short "practice" it will be just enough. Write your letter but make sure you re-read it out loud when you're done; you'll be surprised at how some ideas aren't that clear or how you misspelled a word or a sentence just doesn't look good grammatically.

5. Take your time. Although this one is debatable, it's still important that you know about it. Some people say you always must leave your letter aside for a day or two before sending it, that way you have some time to think if what you said was correct or "perfect," in my opinion, however, you should only take that time if you realize that by the time you wrote the letter you were having some extreme feeling, like, you were terribly angry at this person and you wrote the letter. Only in those situations you should take a day or too and then revise it again, but if you were in your right mind, then, just revise your letter to find grammatical/spelling errors, but not to second-guess yourself. Know that things can be very well done and the outcome can be a success, but if you keep stressing over getting things "perfect," you'll never feel at peace with your work.

You can make someone's day by sending a letter with us today!